Skip to content
In Search of the Great America Podcast · 2 – Show Low, AZ: Thinking About Others Rather Than Ourselves with Daryl Seymore

Episode 2: Thinking about others instead of ourselves with Daryl seymore

Daryl Seymore describes a Great America “when we are not thinking about ourselves, but we are starting to think about others.”

He is a long time resident of Show Low. He grew up and stayed to raise his family there. He’s been Mayor for 8 years and on city council for 16 years. Currently elected as County Supervisor of Navaho County.

From his ranching and entrepreneurial family background and being an active part of the community, he feels that America is great because of the opportunities people have to make a good life for themselves and their families.

Show Low, a relatively remote town in the Ponderosa pine forests of Northern Arizona, had its heyday in the mid-twentieth century, when the harvesting and processing of timber that gave the town and surrounding communities economic vitality, and more importantly, stability. Generations of locals were assured steady jobs with good wages in the timber mills, enabling workers to raise families and build a strong sense of community.

The mills recruited a diverse work force that included African-Americans, Mexicans and Apaches from the nearby Reservation. These workers were initially segregated into separate crews, housing and schools in satellite communities like McNary, separate, but mutually dependent on a common economy.

This relative prosperity could not last. A handful of pioneer families controlled local politics and saw little reason to look toward diversifying the economy. By the 1970s, the industry was slowing down, and the mills began to close and the jobs disappeared. Many families simply moved on to make a life elsewhere. It was a story familiar to many communities in rural Arizona.

With new highway construction, Show Low became a destination for tourists and retirees. Though the town’s population was short of 3000 at the height of the timber industry, it has since blossomed to over 11,000 people with a hospital, chain stores and even a community college branch campus. However, it is a very different community than it used to be, one that is less diverse, less connected, and more dependent on a precarious low-wage service economy.

Special thanks to Clair Thomas, Executive Director of the Show Low Historical Museum for her contributions.

In Search of the Great America · 1 – Phoenix, AZ: What it Means to be a Neighbor with Clottee Hammons

Episode 1: What it Means to be a Neighbor with Clottee Hammons

Clottee Hammons describes a Great America where there is the “cultivation of what it means to be a neighbor.”

She is the founder and creative director of Emancipation Arts in Phoenix, which has the mission to use the arts to raise the profile of black artists in the community in Arizona. And to use the arts to create collaborations between egalitarian arts and community.

As a black woman, there was no Great America in the past, but she finds promise in the present that can grow into a better future.

Phoenix boomed in the decades after World War II, an era of seemingly endless prosperity when local boosters would say that opportunity was available for anyone who wanted to work for it. The city’s population grew tenfold between 1950 and 1980, newcomers drawn by the promise of an expanding economy and of a cheap and easy lifestyle in contrast with the drudgery of older eastern cities. A business elite known as the “Phoenix Forty” and a political machine smoothly ran local affairs. Companies like Dial and Motorola had their headquarters there. It looked like the growth would never stop.

Because the city’s growth happened entirely in the era of the automobile, accommodating cars was a priority in city planning. Phoenix became a paragon of the new urban landscape associated so closely with what became known as the Sun Belt: neat subdivisions of wide streets, single-family homes and shopping malls. The “American Dream” of a ranch-style house and a lawn seemed more available in Phoenix than it was in other places.

This sort of development required a lot more land than what had been the traditional cityscape, the result being that the city grew from about seventeen square miles at the end of the war to nearly five hundred square miles by 1980. While there were concerns about the potential for natural resources, particularly water, to be overtaxed, there were few voices who challenged the wisdom of unbridled growth. Instead, leaders lobbied for the massive Central Arizona Project, a four billion dollar canal that took water from the Colorado River over three hundred miles uphill to Phoenix and Tucson. The project, which broke ground in 1973, was so expensive and massive in scope that it would not have passed if it were not for the outsized influence of Arizona’s Congressional delegation, which at the time included legends like Barry Goldwater, Carl Hayden, and Mo Udall. Along with the freeways, it is an example of the extent to which the American Dream exemplified by Phoenix was heavily subsidized by federal taxpayers.

The narrative of boundless opportunity came short in other ways as well. While times were good for the business elite and for the largely Anglo and Midwestern newcomers coming in pursuit of the suburban dream of ranch-style houses and picket fences, there were those who were left out. The city’s significant and well-established Asian-American, African-American and Mexican-American communities remained shunted from the rest of Phoenix by both legal and de-facto segregation. Some of these neighborhoods, particularly on the southern edge of the city, were little better than shantytowns, with unpaved streets and inadequate water and sewer infrastructure.

As much as the city fathers tried to keep the focus on Phoenix’s prosperity, these communities would not let themselves be ignored. A renegade Franciscan priest named Emmett McLaughlin used his position to call attention to those that were left behind by the city’s progress. Meanwhile, the communities themselves pursued a sort of self-sufficiency, with their own businesses, newspapers and social-support systems. In the 1960s and 1970s, the Civil Rights movement nationwide and the Farmworker movement in the west led by Cesar Chavez, an Arizona native, had an impact in Phoenix and led to the development of a new political leadership class. People like Cloves Campbell, Alfredo Gutierrez and William Ong were elected to office. While this did not bring immediate change, it set the foundation for a more representative future.

It seems inevitable that this era of unprecedented growth would have to come to an end. By the late 1980s, Phoenix was almost completely encircled by the rapidly developing surrounding suburbs, some of which did not yet exist when the boom started. Once supreme, Phoenix would now have to compete for amenities, resources and political power with dozens of other communities. Unable to rely on unfettered growth to assure future prosperity, leadership looked inward, setting new priorities for the city. Though Phoenix remains vibrant and prosperous, it is a very different city than it was in the boom years. 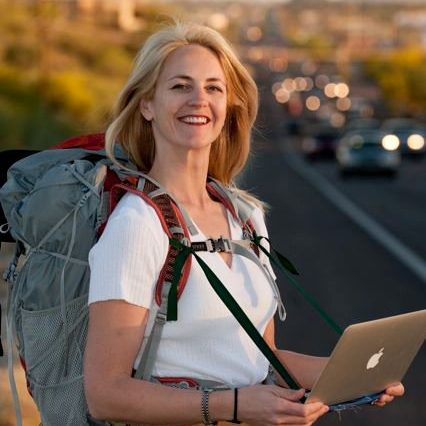